The impressive beauty of the towering rocks and the monasteries perched on their tops, is a living proof of our Spiritual and Cultural Heritage. 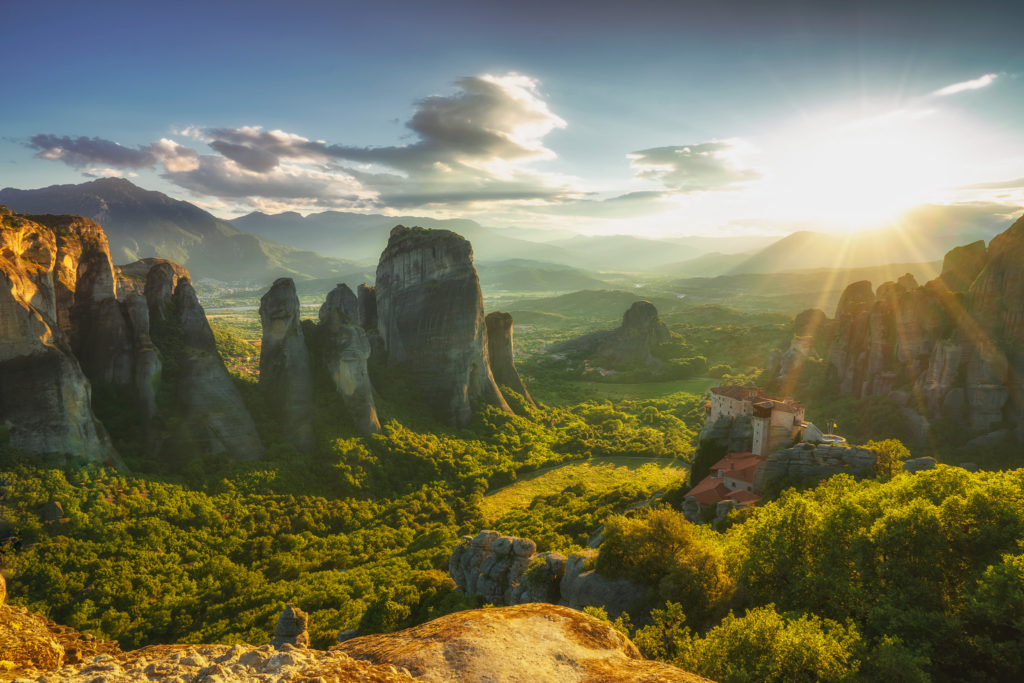 Meteora is a vast rock formation placed in the central Greece, between the mount range of Pindus and the west plain of Thessaly. This phenomenon was formed through many series of earth movements which count back to 60 million years ago. Meteora was formed of deposits of stone, sand and mud from streams flowing into a delta at the edge of a lake, during the Paleogene period. The continuous earth movements pushed the seabed upwards, creating a high plateau, causing many vertical fault lines in the thick layer of sandstone.

What makes Meteora’s appearance special is the uniformity of the sedimentary rock constituents deposited over millions of years leaving few signs of vertical layering, and the localised abrupt vertical weathering. Along with the mountains of Pindus, river Pinios, gorges and picturesque villages, Meteora is referred to as one of the most exquisite in the world. The architecturally elaborate monasteries crown the tops and create a landscape of
inimitable beauty. In the 10th century A.D. there were 24 monasteries, only 6 of which are active nowadays. It is a unique landscape and spiritual phenomenon of world-wide significance.
Meteora has been declared a Monument of World Cultural Heritage by the UNESKO in 1988.