Customize your Photography Trip in Greece 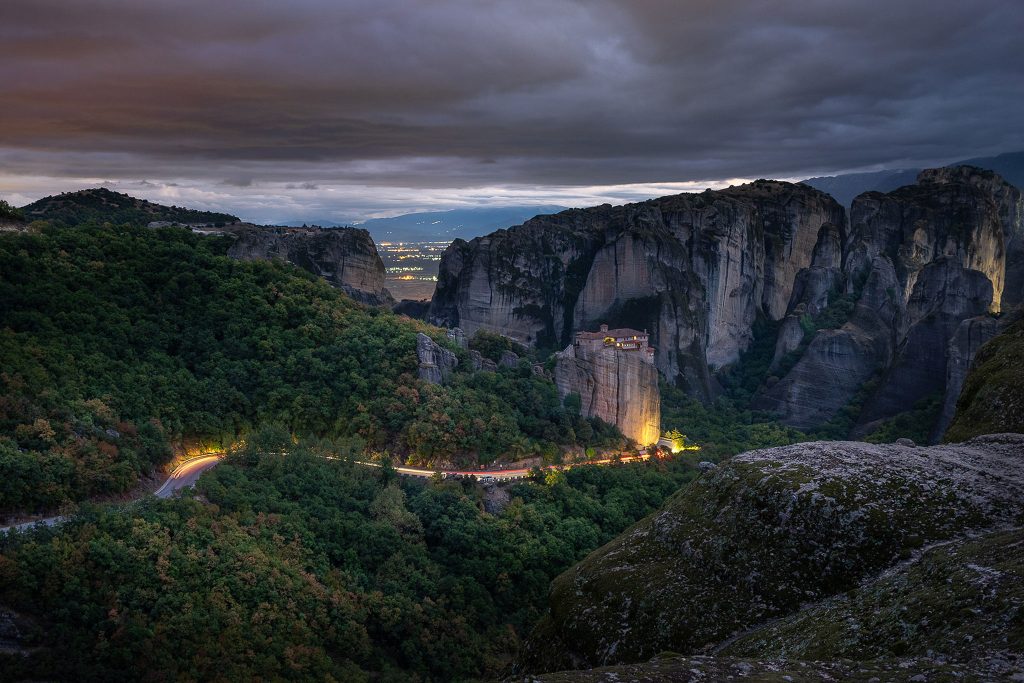 Are you planning to visit Greece soon? We are at your disposal to assist you and offer you solutions to make the most of your time in Greece. Our experience of many years, the good knowledge of our region,as we grew up in Meteora, gives us the opportunity to choose the ideal tours , transportations, accommodation and of course local Mediterranean food according to your wishes.

Meteora Photo Tour is a Destination Photography Company, licensed by the Greek National Tourism Organization, offering specialized photo tours in Meteora and other iconic parts of Greece.
We know it is important for you to have a quality experience while traveling and the thorough research that is put in prior to booking a company or experience because we do it ourselves when we travel. 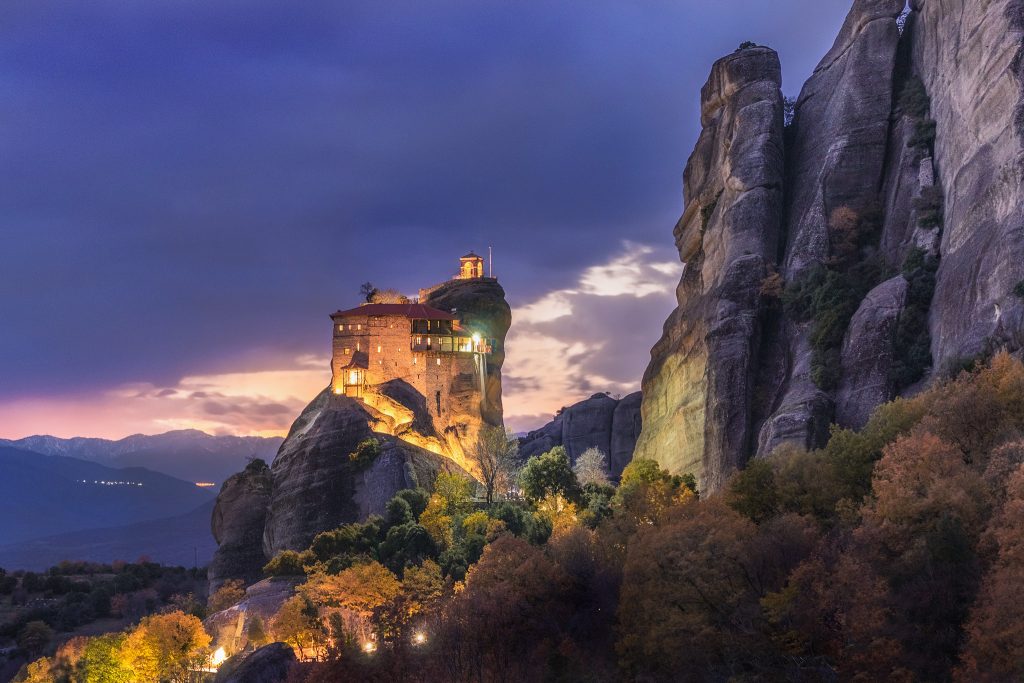 During our tours, we will visit at least one of the monasteries and cave-dwellings from the inside. Hermits migrated to Meteora as early as the eleventh century. They first created small places to pray next to or inside the caves. Three of the old monasteries and hermitages have been restored to their original state. Our tours make it a point to not only educate you on the monastic life but also take you to one or more of these monasteries.

The foundation of the monastery of the Great Meteoron is the starting point of the organized monastic life in Meteora. This monastery is the oldest, largest and most formal of the existing Meteora Monasteries. It is built on a giant rock and is known as a monastery that is suspended in the air. The Meteoron was founded shortly before the middle of the 14th century by Saint Athanasios the Meteora who was also its first founder and the first to organize a systematic monastic community.

There are also 5 other monasteries: Varlaam, St. Stephen, St. Nikolaos of Anapafsas, Rousano and the Holy Trinity. Make sure you look at the visiting hours as they vary by time and day.

Hiking Photography tour for the explorers! 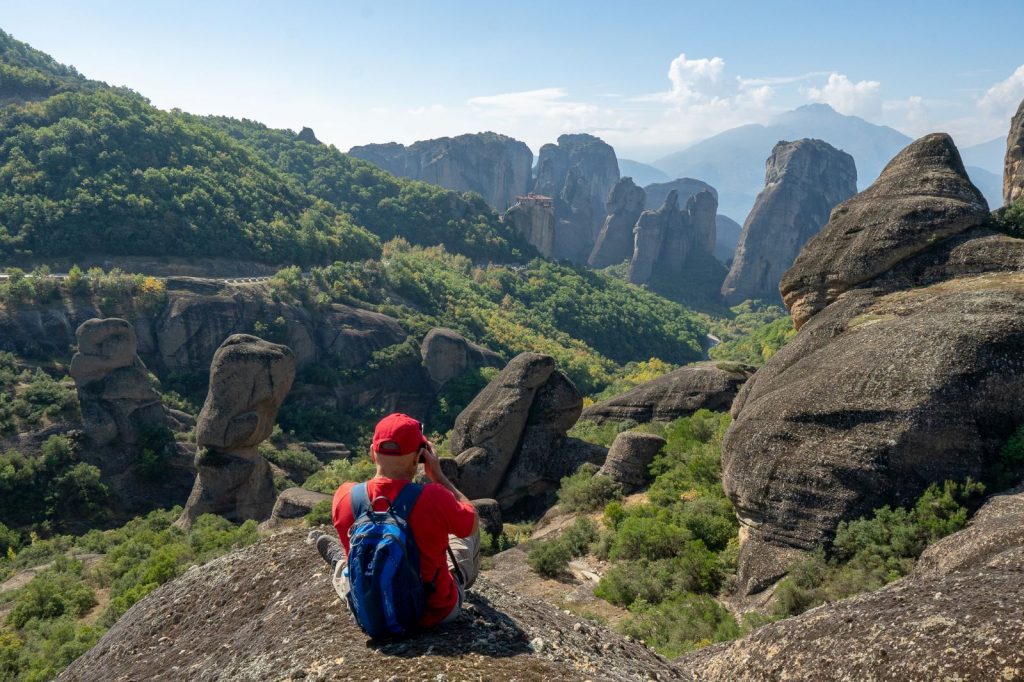 It may not be the only way to see this UNESCO World Heritage, but definitely the only way to explore the beauty of the Meteora landscape. The vast network of trails in the area give you the opportunity to see the monasteries and the eternal rocks suspended from different, unique angles with unobstructed views. As locals of the area, Meteora Photo Tour can take you through the trails of the old Monks of Meteora that lead you to the monasteries and to the most breathtaking locations, offering you the best chance to photograph the unique natural environment and the amazing beauty and architecture of the monasteries. We have walked and photographed the Meteora trails for the last 30 years and we know every detail of the area. 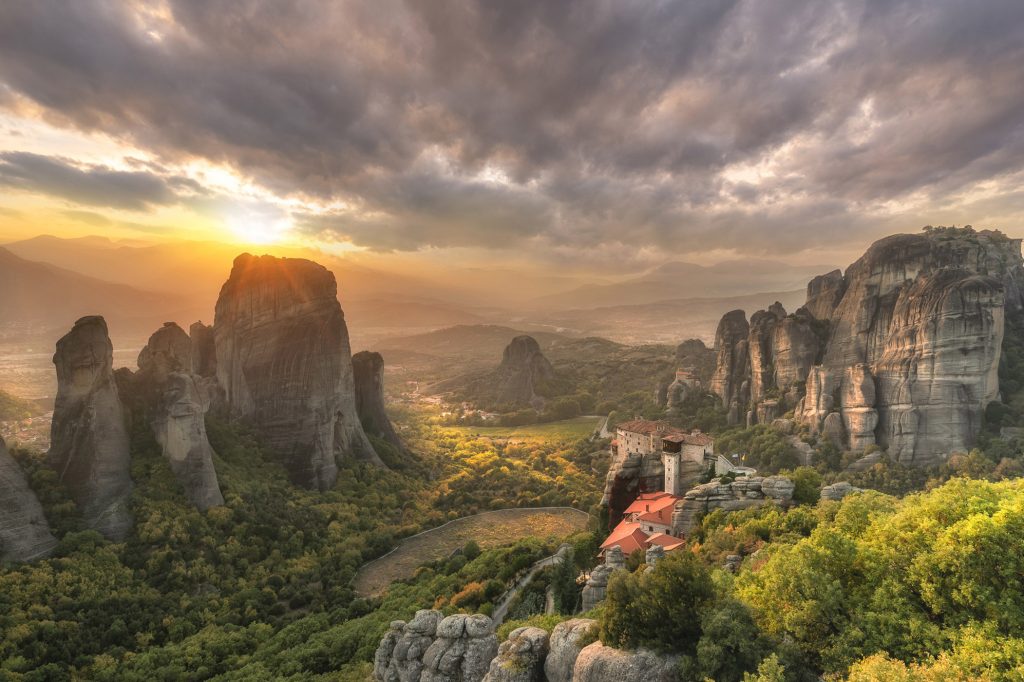 We are photographers as you are , so we photograph the best time of the day. Sunrise! Could there be any better reason to wake up early than to head to the top of the rocks to watch the sunrise over Meteora? We have chosen this as a must-see because it really is a magical experience to witness the colors in the sky over the landscape and monasteries. We love to regularly wake up for this beautiful occurrence in the sky over unique Meteora.

The famous Sunset of Meteora! One of the best times to view the natural landscape of Meteora and capture photos in the dimming light is when the sun sets down on Meteora. Join us as we guide you to the top of the rocks and take advantage of the golden hour. This experience will leave you breathless and is not something to be missed!  The day will be properly wrapped up with an epic sunset shoot up on the Meteora rocks!

a UNESCO World Heritage, is one of the most alluring and scenic landscapes in Greece. If your journey begins in Meteora you should make it a priority to make a brief stop here. Zagori is an area that contains 46 stone villages known as the Zagori villages with striking views of the high peaks of the Pindos Mountains. At the heart of the Vikos–Aoös National Park, the Vikos Gorge or Vikos Canyon is the most impressive and famous natural monument of Zagori, and distinguished as the deepest gorge in the world, with glittering, crystal rivers and green picturesque mountains. This will be an unforgettable day for the nature lover to discover this breathtaking and well-preserved part of Greece. Meteora Photo Tour is now offering a tour to Zagori. We take you on a journey to some of the most charming villages in Greece, most notably Great Papigo Village. We will spend our time in iconic places and make stops at old stone bridges immersed in lush greenery. 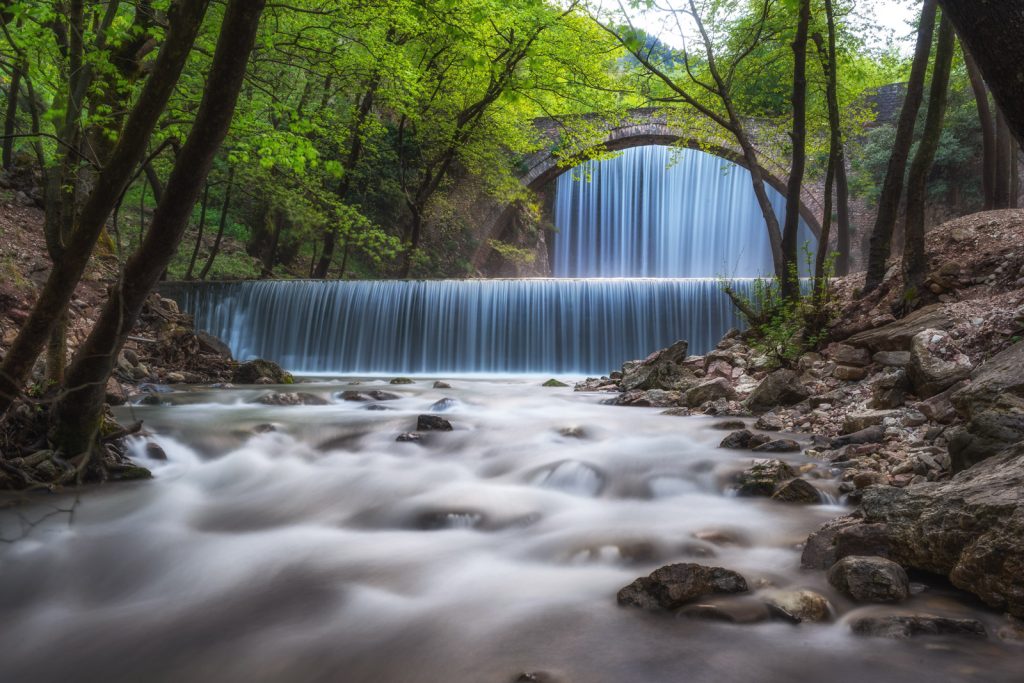 Plastiras Lake is renowned for its captivating landscape composed of alpine peaks and fjord-like scenery. Only one hour by car, heading over to this area should be on your must-do list when visiting Greece. All of your senses will awaken as you enter this natural haven. You will be so glad you made time for this on your trip. There are many areas to discover here. Paleokarya Waterfall and the Stone Bridge of Pyli have been in existence since the 16th century. The 12 meter-high waterfall behind the bridge creates a stunning image that we love to capture. Also, a point of interest that we include in our trips here is the Sarakina Village, known for its famous stone bridge (14th c.).
The bridge connects Sarakina with the isolated rock “Petra” in the north, down from which it is built the chapel of the Holy Apostoles in 17th century with frescoes from various ages. It is the most remarkable and important art monument from our architectural heritage, in the prefecture of Trikala.

The ancient large water birds of Kerkini Lake and the magical landmark of Meteora in Greece! 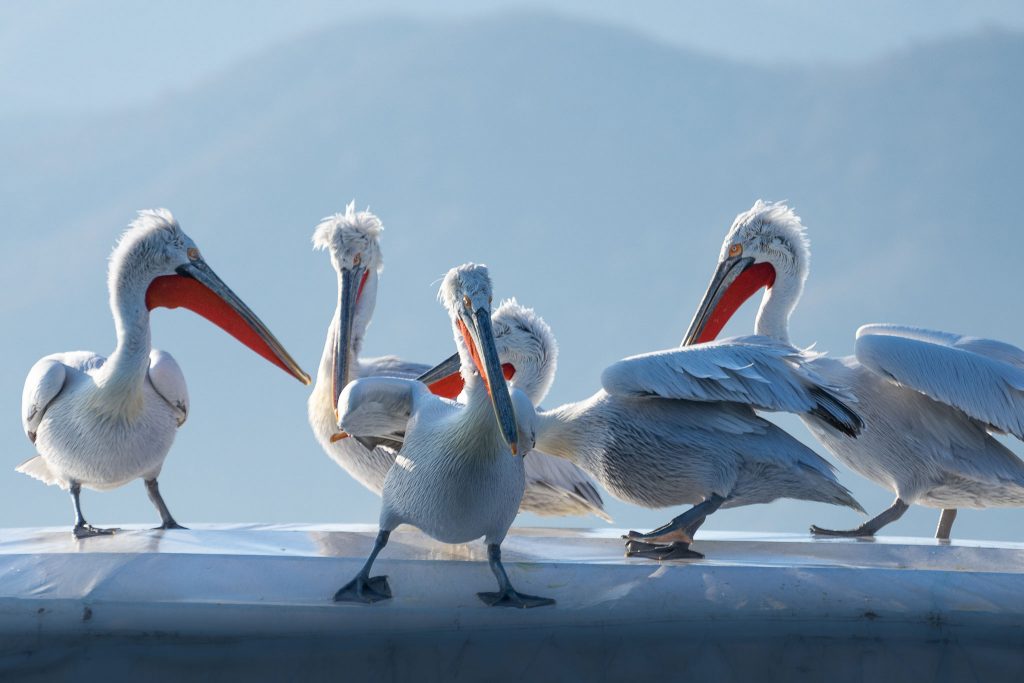 Capture Your Experience With A Photo Shoot 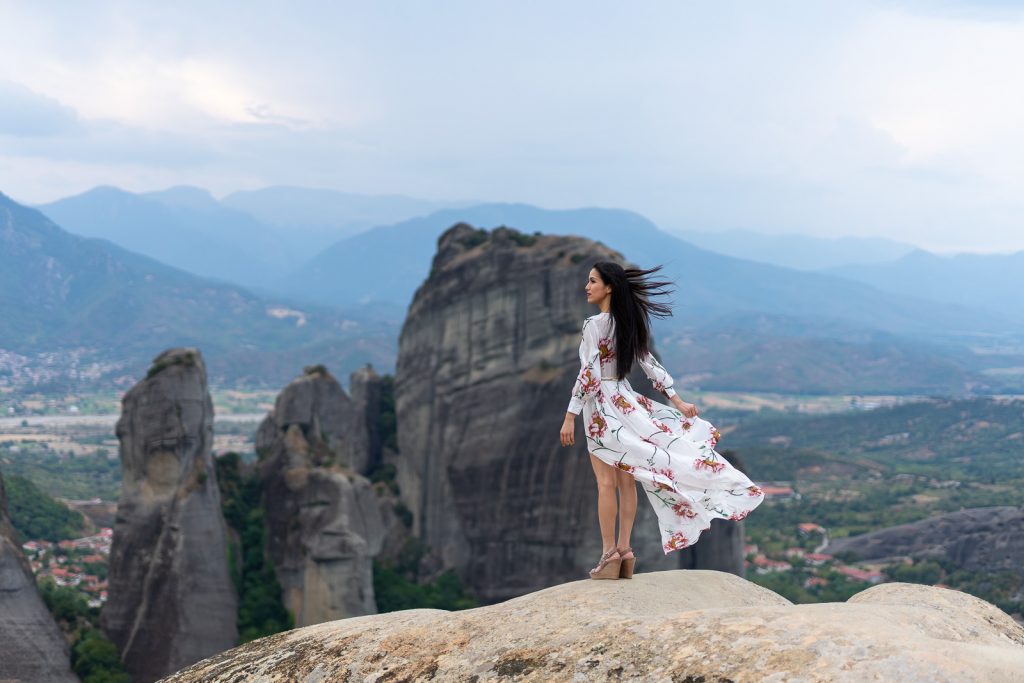 Meteora has one of the best landscapes in all of Greece. It will without a doubt leave you breathless. You will want to capture images as well as capture your memories of your time in Meteora on camera. Due to popular demand, Meteora Photo Tours now offers private photoshoots. We have experience in shooting couples, solo travelers, families, and even pets. So come with your curiosity as we guide you through this landscape and leave you with phenomenal photos to remember it by. Our local and professional team will take you to peaks and viewpoints that will allow for the best opportunities to shoot exceptional photos of you against the Meteora backdrop and the architecture of the monasteries.

We are also cooperating with photographers in Athens and Santorini so we can also organize Photography Tours at the most famous places of Greece!

Just fill the form in our Customize your Photography Trip in Greece below and wait for our proposal!