Explore Meteora and photograph with your SmartPhone

Home » Explore Meteora and photograph with your SmartPhone

The fabulous experience of Meteora with your Smartphone - iPhone Tour

Explore Meteora Greece and photograph the landscape with your iPhone, smartphone. All levels welcome!
Grab your smartphone, iPhone and learn how to capture the scenic beauty of Meteora in Greece with this tour. You will be guided through the eternal rocks of Meteora, finding the best viewpoints to capture photos with an experienced, local photographer.

Learn how to photograph

Learn about the history 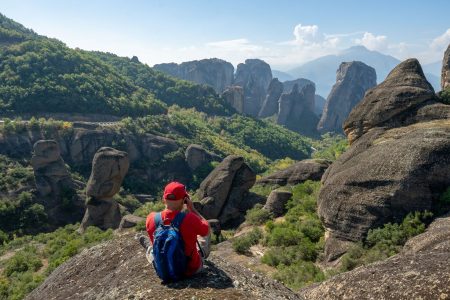 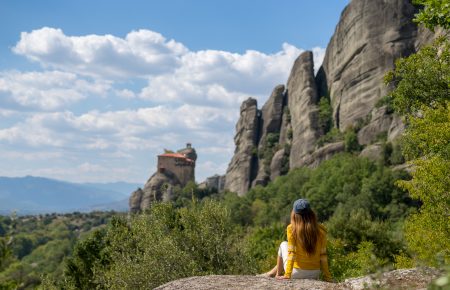 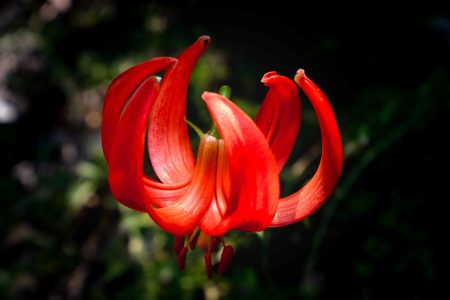 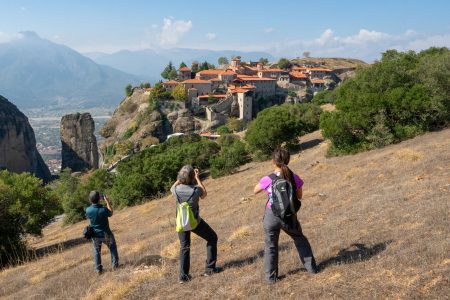 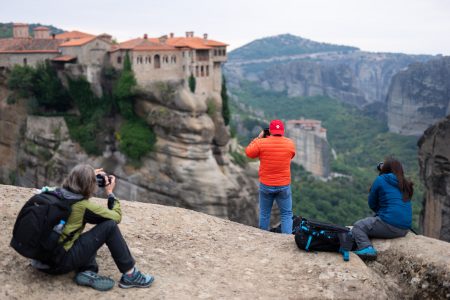 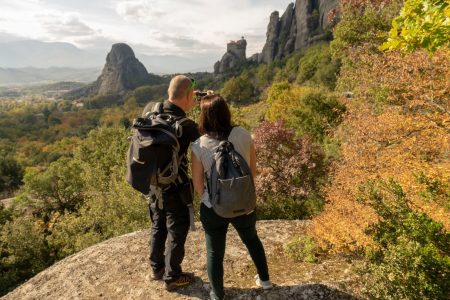 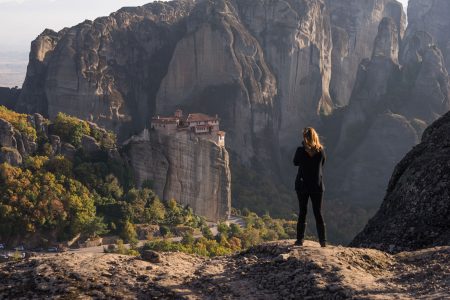 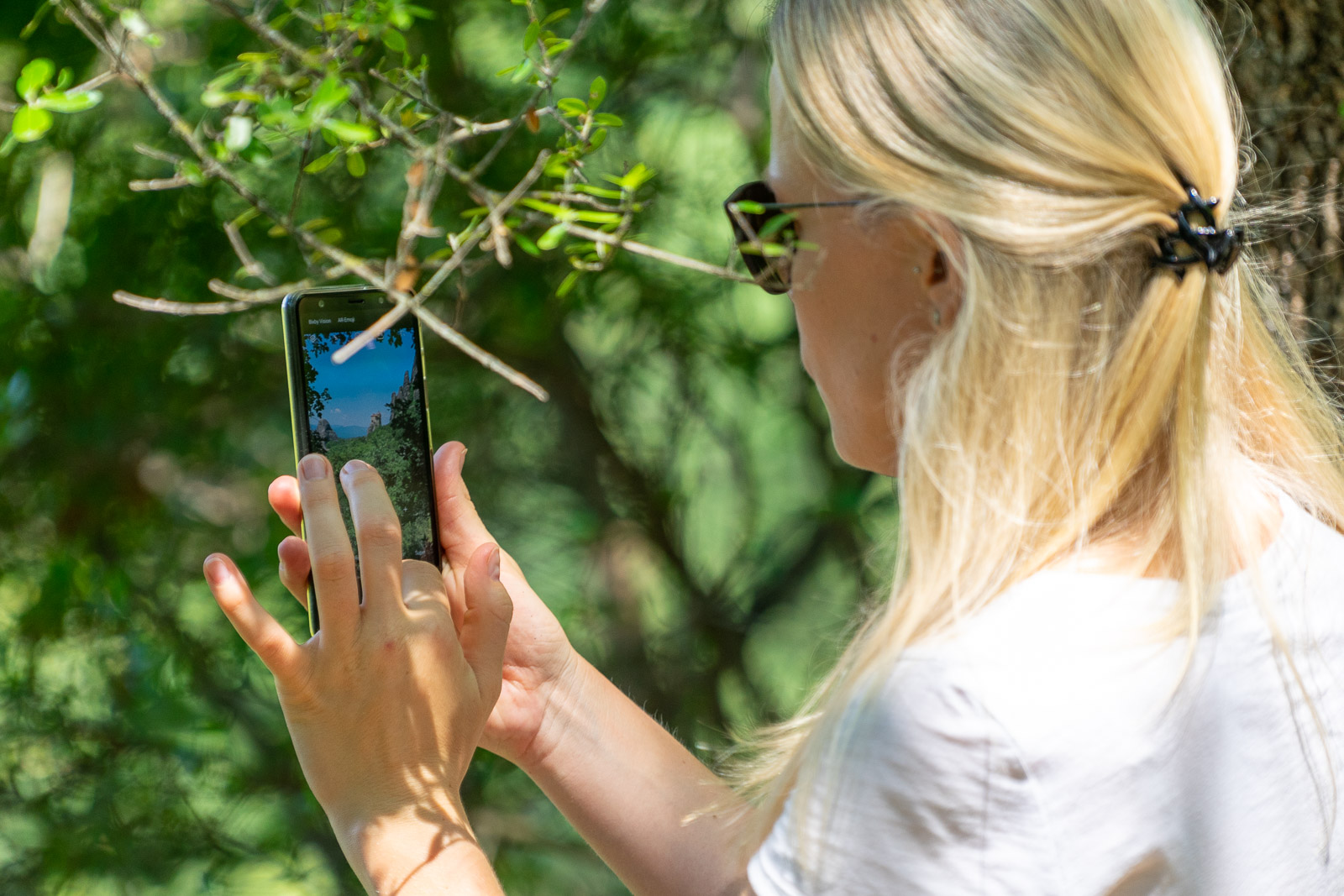 What to expect in this Smartphone iPhone Photography Tour in Meteora

This SmartPhone and iPhone Photo tour is an excellent choice for first-time visitors, and all levels of photography, from beginner to advanced. Access is easy for all coming by train, bus, or car and ideal for solo travelers, couples, families, or bloggers using Instagram and other primarily visual media sites. We will teach you simple tips and tricks that will help you improve the aesthetics of your photos on this trip as well as future outdoor trips. This tour will be done by vehicle from Kalampaka city or Kastraki Village to Meteora. You can choose between Sunset or Daytime tour allowing you to come for a quick trip by train spend the day and head back if time is limited.

One of the best times to view the natural landscape of Meteora and capture photos is by dimming the light when the sun sets down on Meteora. Join us as we guide you to the top of the rocks and take advantage of the golden hour. This experience will leave you breathless and is something you do not want to be miss.

We will begin with shooting notable, ancient, and historic churches at the foot of Meteora. The day will be properly wrapped up with an epic Meteora sunset shoot on top of the rocks! We will take advantage of the softer afternoon lighting as well as the mystical lighting at the golden hour.

This tour will allow you to explore and learn how to photograph with your iPhone or smartphone during the morning hours, as we focus on taking you to notable spots in the area. We will use the stunning rock formations and detailed architecture of the Monasteries as our subjects.
We will point out interesting details and give you historical facts as we capture all the best parts of Meteora on your chosen lens. We’ll be chasing the morning light as it fades against the stunning natural backdrop.

Also connected by the morning train which departs from either Athens or Thessaloniki, and arrives in Meteora. There are numerous time frames that you can choose from based on your schedule and needs. The train stations in both of these cities are accessible by Metro, bus or taxi.

If taking the train you will want to arrive 30 minutes prior to train departure.

What level of photography skills do I need to have?

What is the level of difficulty for this tour?

The tour will be conducted by vehicle combined with easy-paced walking and small to medium elevation changes along the way. There will be some walking on uneven routes so make sure you wear appropriate shoes.

Should I bring a tripod?

It is recommended that you bring a tripod, or ask us to bring one for you!

What if I don't have a professional camera?

Don’t worry. We are able to teach you tips and tricks on your compact camera, smartphone, iPad, or tablet too.

What type of lenses are recommended to photograph the Meteora area?

It is recommended to use wide-angle and telephoto lenses when shooting the Meteora area. You can use polarizer or ND filters to enhance images of rivers and waterfalls (depending on the season). These are recommended for Plastiras Lake and Zagori mountain tours.

What will we do in the case that it is raining weather conditions are not suitable for photography?

In case of heavy rain, we can reschedule for the next day or we can cancel the tour and give you a refund. If the rain starts and stops or it is just a drizzle we will use umbrellas or take a coffee break and continue when the rain subsides. Keep in mind that sometimes in the art of photography unstable weather can give us opportunities for the best photos.

Can I book a photo tour with my child?

If a child is in your group please send us an email or give us a call for special prices and accommodations.

What if want to explore Meteora and the surrounding areas of Central Greece more?