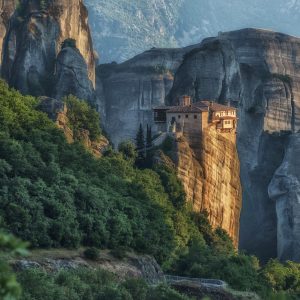 The Monastery of Roussanou stands between the monasteries of St. Nicholaos Anapafsas and Varlaam on the way from Kastraki to Meteora. It is built on the most striking pinnacle and its complex of buildings covers the whole plateau of the steep rock in such a way that looks like a natural continuation of the rock. Over there the visitor and the pilgrim enjoy all the beauty and magnificence of the unique Meteora landscape and the faithful Christian feels a spiritual aplift to heaven where the souls of the saintly anchorites and hermits have hallowed these rocks with their deeds and ascetic life. On the east one can see the Holy Trinity and St. Stephen monasteries and on the west the Varlaam Monastery and the Great Meteoron further away. All around the rocky forest of the innumerable gigantic crags stretches away and deep in the horizon the mountain massifs of Koziakas and Pindos capture the visitor’s eye.

For the ascending on the Monastery a rope-ladder was used but today it can easily be done by ciment steps and two small solid bridges constructed in 1930 with the donation of daphne Bouka from Kastraki during the bidshopric of Polykarpos [Thomas]. Already in 1868 during the abbacy of Superior Gedeon a wooden bridge was constructed replacing the dangerous rope-ladders on account of easier and safer access to the rock.

Since 1982 and after its basic renovation and restoration from the Archaeological Department of the region (7th Ephorate of Byzantine Antiquities), the Monastery of Rousanou has been functioning as a nunnery.

The origin of the name of the Roussano Monastery is not verified yet. Several explanations have been proposed but most of them are unreliable. Probably this name is due to the first resident of the rock or the founder of the original church (14th/15th century). Under the name of Roussano this monastery is mentioned in official documents and texts from the third decade of the 16th century which means that this rock was originally known by this name. 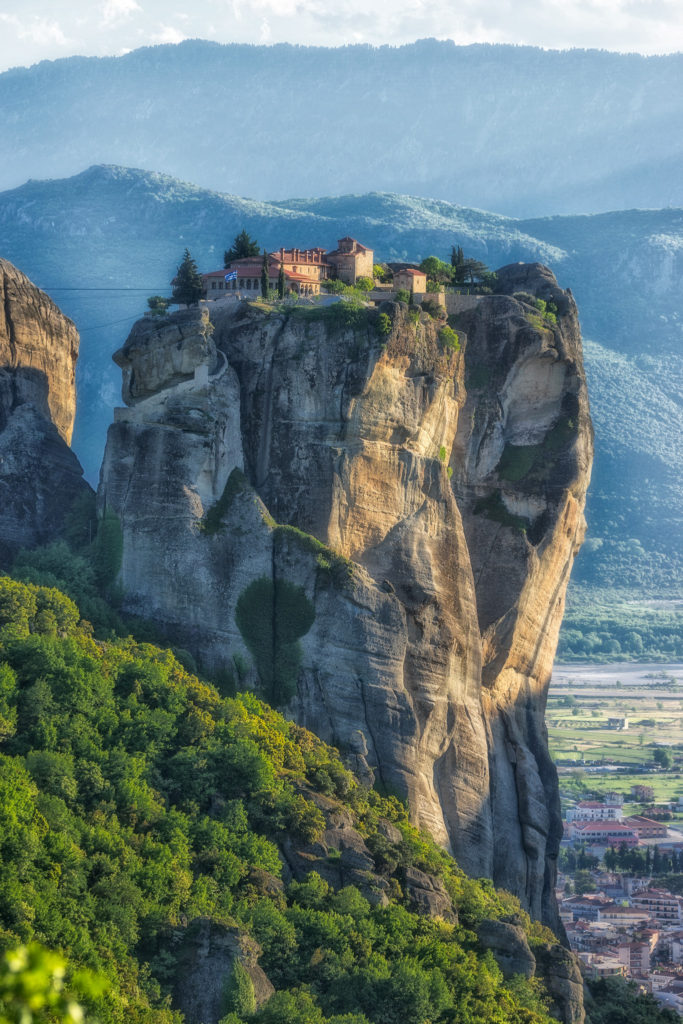 The historical monastery of Agia Triada (Holy Trinity) stands on top of one of the most impressive rocks of Meteora. It was founded around the 13th century by some monks seeking refugee from the invading Turkish army. Visitors can reach the the monastery by climbing  140  steps.

At present, there is only one monk living in the monastery who is also a guide for the visitors who arrive at Meteora every year. The monastery consists of a beautiful church from the 15th century, a refectory, a courtyard and a few guesthouses. Inside the monastery are kept manuscripts and remarkable frescoes. The view from the monastery is just breathtaking.

The Monastery of Saint Stefanos 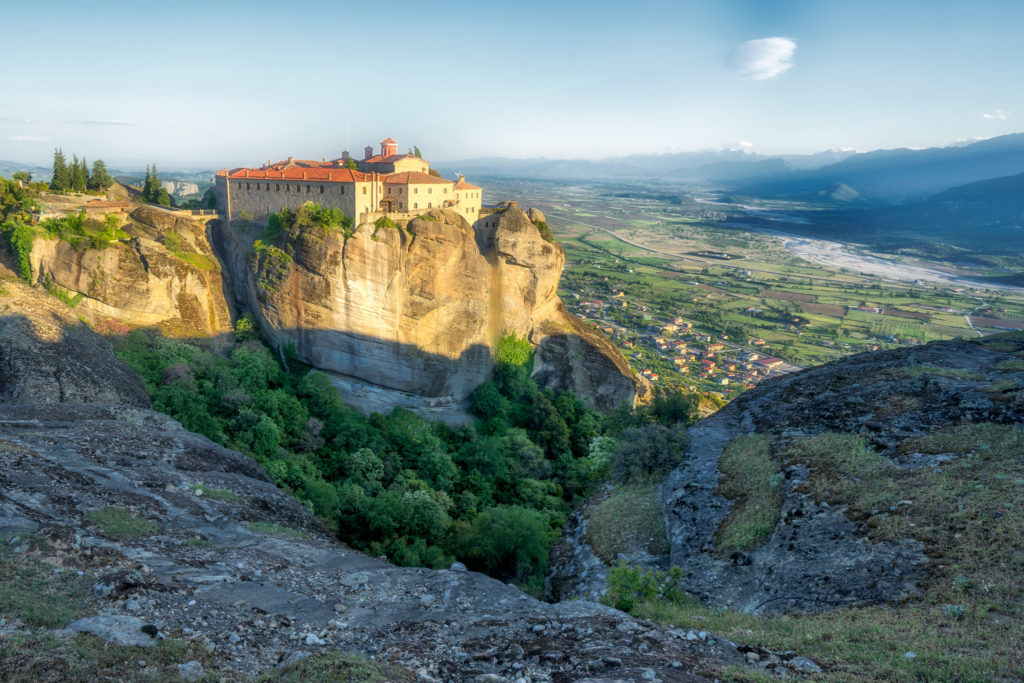 The Holy Monastery of Saint Stefanos is a nunnery . The exact date of the monastery's construction is unknown but according to some evidents it was built in the 15th century. During the second World War, it was  destroyed by the Nazis troops because they believed that Greek resistant forces were hidden in the monastery.

Many valuable frescoes were damaged that time but fortunately some relics were saved.

The main church of the monastery is dedicated to Agios Charalambos and was built in the 19th century by monk Ambrosios. In fact, Prince Vladislav of Wallachia gave the skull of the saint to the nuns as a gift and it has been kept there until our days.

This church has a timber roof and is decorated with wall paintings made by the priest Ioannis from Stagoi, in 1545. Agios Stefanos also has a small museum displaying ecclesiastical items.

Its the most accesible monastery of Meteora. There is a brige how give acces to the vistitors without stairs,like the other 5 monasteriesof the area.

The monastery gives impressive views to the plain of Kalambaka. Agios Stefanos can be visited every day except Mondays. Remember to dress properly because the dressing code is strict. Otherwise, the nuns will give you a pice of cloth to wrap over your legs and shoulder.

The Byzantine church of the Assumption of the Virgin 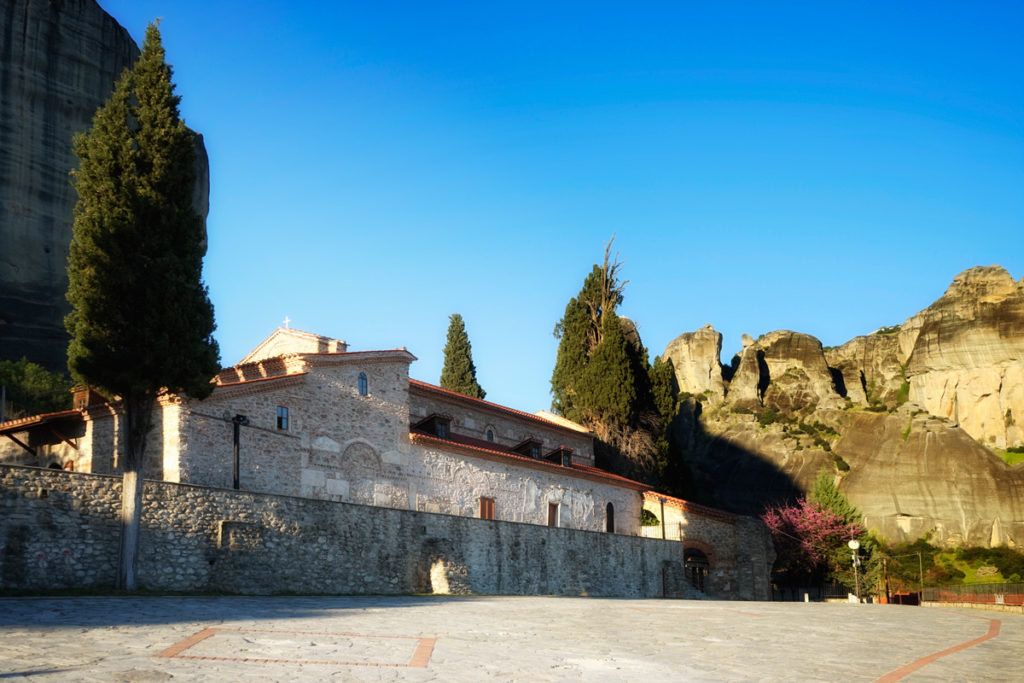 The Byzantine church of the Assumption of the Virgin is today in the old town of Kalambaka, the oldest preserved monument in the whole area.

Originally built in the 4th or 5th century on the ruins of an older pagan temple dedicated to Apollo, it is a rhythm of Vassiliki and is one of the oldest surviving early Christian churches in Greece.

During many centuries of its history it undertook repeated interventions and changes mainly during the period from the 9th to the 12th century.

Nevertheless, even today, the visitor can distinguish widely preserved elements of the early Christian church, such as newly discovered mosaics, as well as other, mostly built-in marbles, used during the first rebuilding, belonging to the temple of Apollo and other ancient buildings from the Hellenistic and Roman periods. 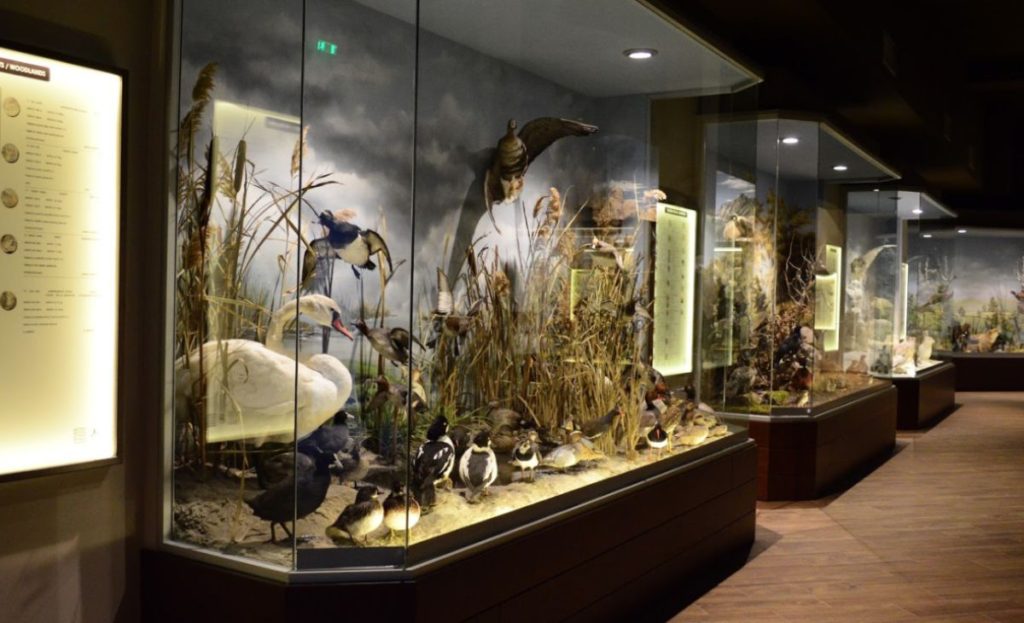 Our Museum is located in Kalambaka, close to the city of Trikala in Thessaly region. One of the most important monastic complexes in the country, Meteora, is situated in the area. You can visit Kalambaka by train and coach. Our Museum is located on the National Highway connecting Trikala with Egnatia Highway, close to the big city hotels and five minutes from the city center on foot. Space for parking is available.

Center for Digital Projection of History and Meteora Culture 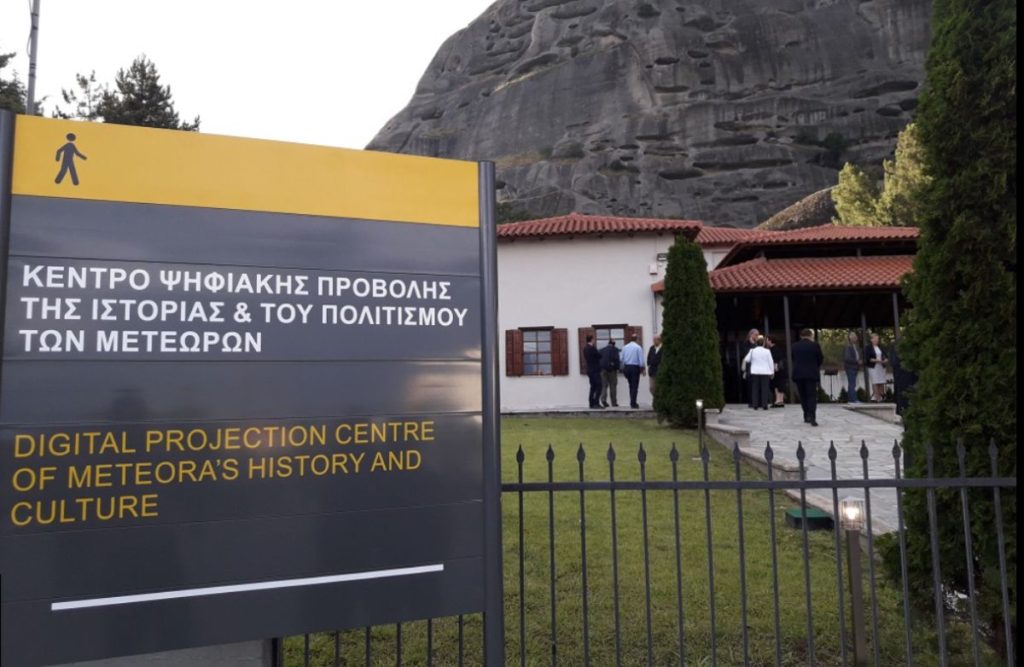 This museum centre is new and unfortunately the page is not provided in English yet, but here is some useful information translated for you: In the "Center for Digital Projection of History and Meteora Culture",regular and extraordinary screenings are organized daily according to the needs of the visitors (groups, schools, etc.) and after consultation with the center's secretariat. There is also the possibility to view the film in English.

Meteora Photo Tour is a Destination Photography Company, offering specialized photography tours in Meteora and most iconic parts of Greece. Schedule a photo tour with us! 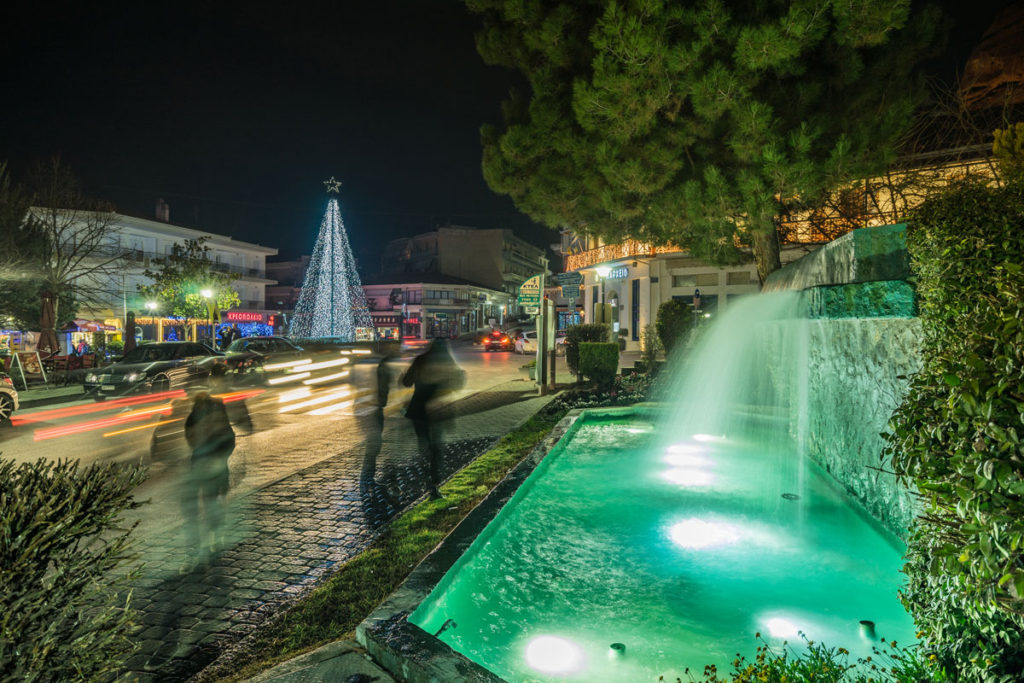 Close to the square and central road of the town you will find coffee houses for your free time and Restaurants for your meal. 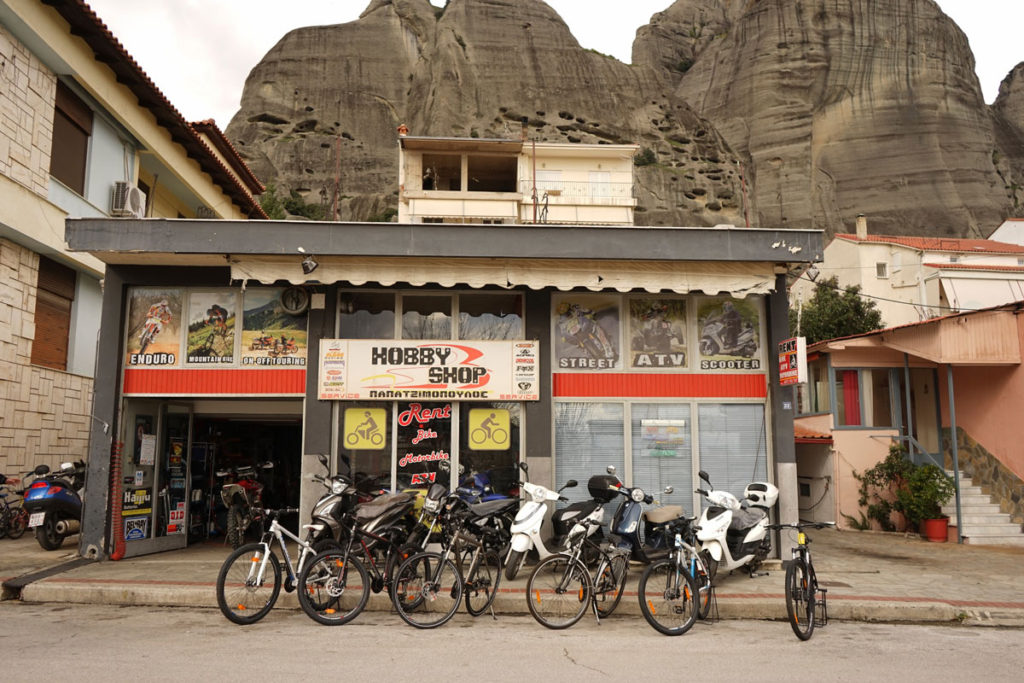 If you wish to discover Meteora and Kalampaka by car, motorbike, bike or scooter during your vacation, Meteora Bike rentals/Hobbyshop Papatzimopoulos is the ultimate choice combining quality bikes, motorbikes, scooters and ATVs at Cheap Prices

The city of Kalambaka is a Municipality of the peripheral zone

of Thessalia. Its total dimensions are 1650.19 km2 and has a population of around 33.079 according to latest statistics.

The Municipality of Kalambaka is divided into 8 different districts. These districts were self controlled up until the enforcement of the program Kapodistria.

Underneath select which ever district interests you to discover there special entertainments.

FOR ROUTES AND TICKETS

Thank  you so much Meteora Photo Tour. I did the walk up the footpath to Holy Trinity.  It is closed until December 4 for renovation.😊. I…

I had a wonderful time - meteora

Booking.com
BOOK NOW
We use cookies to ensure that we give you the best experience on our website. If you continue to use this site we will assume that you are happy with it.Ok