The Meteora – Zagori – Plastira Lake  Photo Tour is a 7-day journey across iconic northern parts of Greece. Traveling to this unique part of the country will give you the opportunity to shoot unique scenery that you cannot find anywhere else in country. Book now to enjoy a multi-day photographic adventure across two landmarks. Photo tour cost is 2.699 euros per person. Please let us know if you need special accommodations and we will assist you.

7 Day Private Photo Tour can be arranged on a date that suits you best. Contact us!

What people really say about our Week Photography Tour! 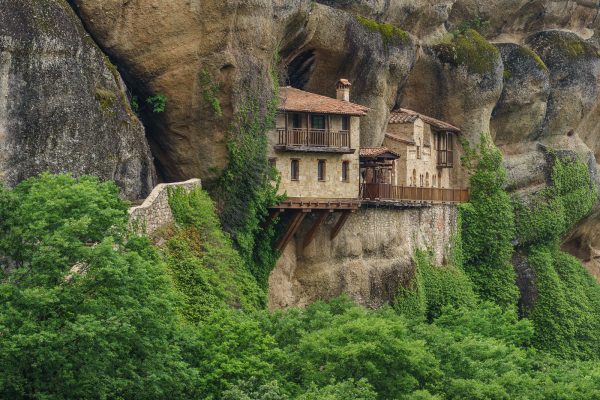 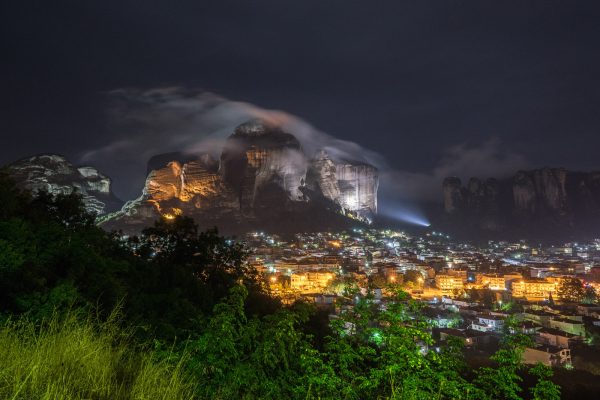 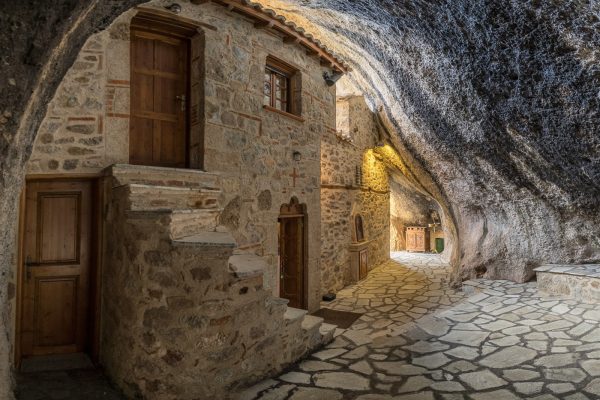 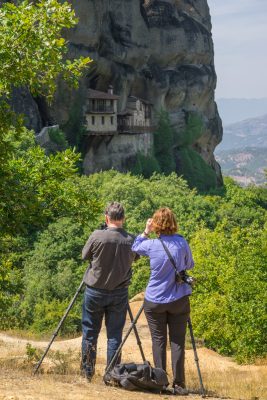 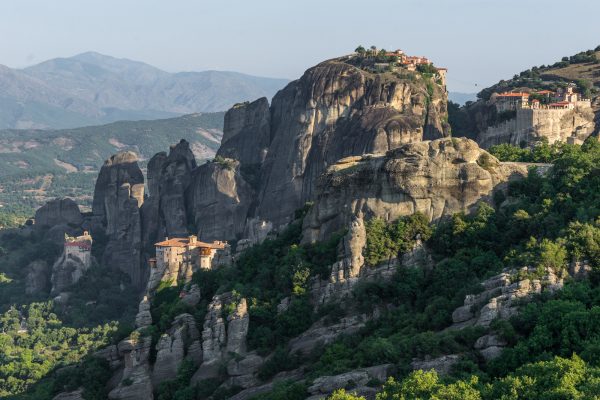 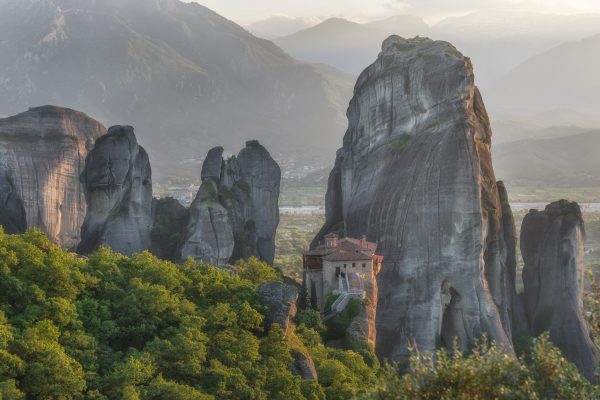 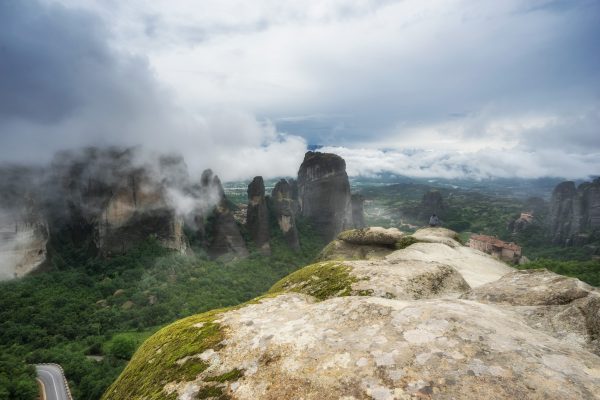 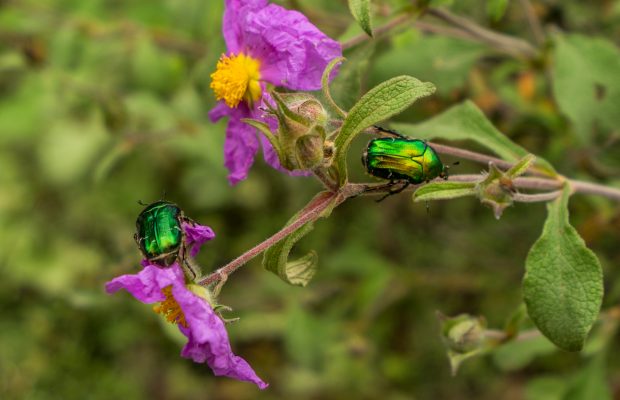 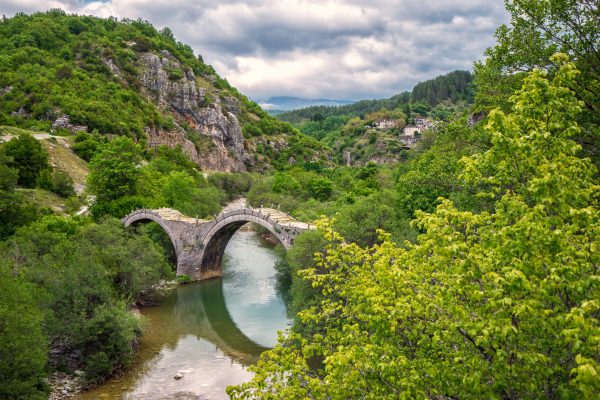 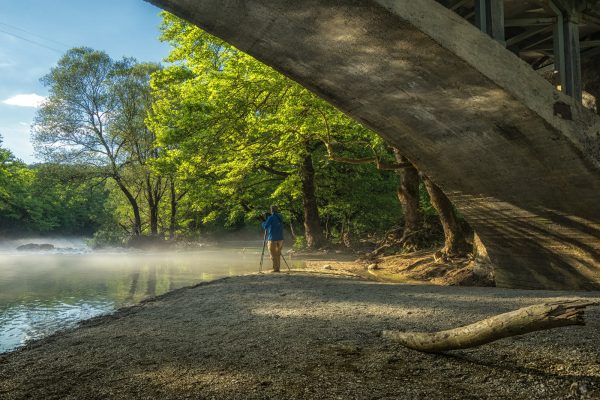 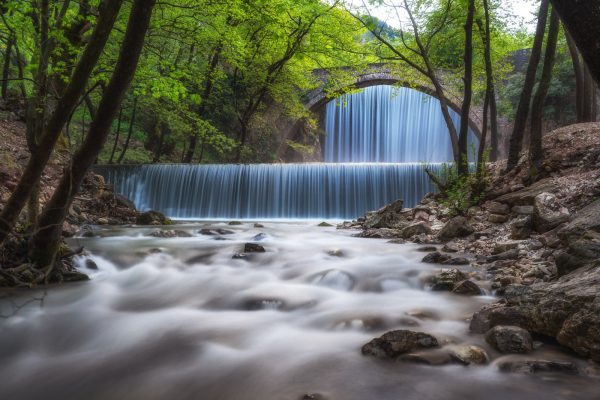 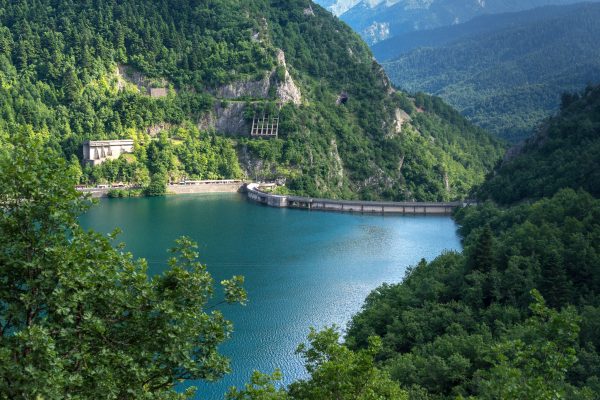 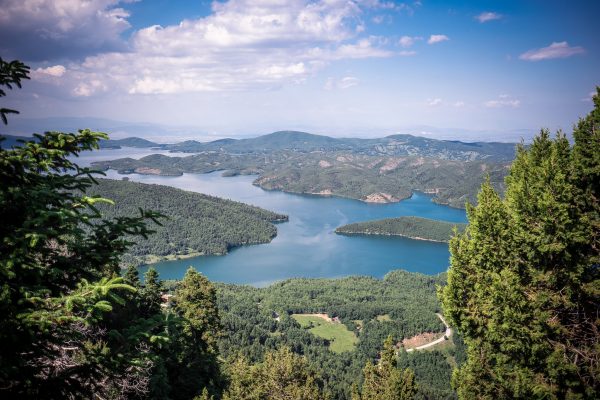 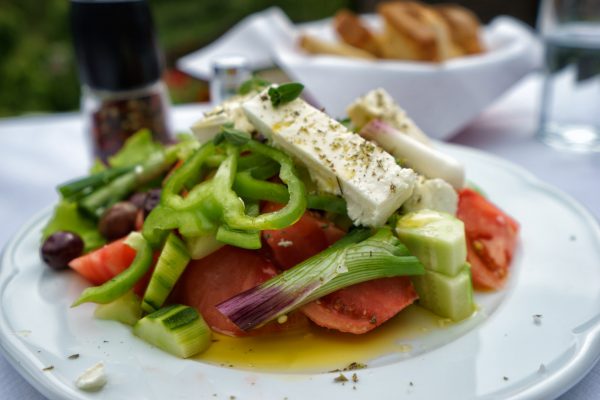 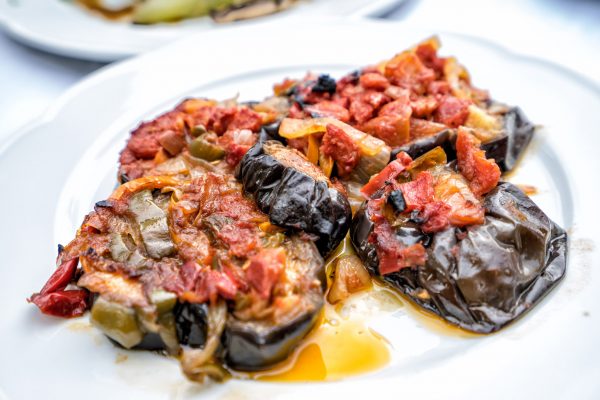 This is a multi day photography small group tour. We will guide you through Meteora – Zagori – Plastira as we capture the spring colors landscape and scenery on camera. Each day we will travel to nearby traditional small villages and go through valleys and climb to peaks allowing us to get to the best viewpoints. The Meteora – Zagori Photo Tour – Plastira will also take advantage of the lighting and spring colors over these landscapes during the sunrise and sunset hours so be prepared to venture into the most beautiful parts of northern Greece a well as the best times to get the perfect photos.

You will also learn the basics of astrophotography, as spring in Greece is the best place to explore night photography. We choose new moon time so Star Trails and Milky Way photographs will be our main night subjects during our stay at Meteora , Plastira’s Lake and Zagorochoria. While we explore the basics of astrophotography, late hours into the night might not be for everyone, so this chapter is optional. Like all vacations in Greece local food is high in our list of things to do, so we will taste local fare and wines each day!
We visit many places on our tour. A few of these are old monasteries found on top of the rock formations, two waterfalls found in the area, Kalampaka City, Kastraki traditional village, Aoos Lake,  PlastirasLake , Ioannina Lake and the old castle of Ali Pasas, arched stone bridges found in several places in Zagoria, the traditional villages of Papigo and much more.

The Spring Colors Meteora Week Photo Tour is multi day photography journey across iconic northern parts of Greece. Traveling to this unique part of the country will give you the opportunity to shoot unique scenery that you cannot find anywhere else in country. Book now to enjoy a multi-day photographic adventure across two landmarks. Photo tour cost is 2.699 euros per person. Please let us know if you need special accommodations and we will assist you.

Information about Meteora and the Cave of Theopetra

The Meteora is one of the largest and most important complexes of Greek Orthodox monasteries in Greece, second only to Mount Athos. The six monasteries are built on natural sandstone rock pillars, at the northwestern edge of the Plain of Thessaly near the Pineios river and Pindos Mountains, in central Greece.

Meteora is included on the UNESCO World Heritage List. Studies suggest that the pinnacles were formed about 60 million years ago during the Paleogene Period. Weathering and earthquakes then shaped them into their present shape. Beside the Pindos Mountains, at the western region of the Thessaly, in the middle of northern Greece, these sandstone rocks rise from the ground. The rocks are composed of a mixture of sandstone and conglomerate. They were formed about 60 million years ago.

The cave of Theopetra is located 4 kilometres from Kalambaka. Its uniqueness from an archaeological perspective is that in it contains, within a single site, the records of two greatly significant cultural transitions: The replacement of Neanderthals by modern humans, and the later transition from hunter-gathering to farming after the end of the last Ice Age.

Zagori is a region and a municipality in the Pindus mountains in Epirus, in northwestern Greece. It has an area of some 1,000 square kilometers and contains 46 villages known as Zagori villages (or Zagorochoria or Zagorohoria), and is in the shape of an upturned equilateral triangle. The southern corner of the triangle contains the provincial capital, Ioannina, the south-western side is formed by Mount Mitsikeli (1,810m), and the Aoos river and Mount Tymfi constitute the northern side, and the south-eastern side runs along the Varda river to Mount Mavrovouni (2,100m) near Metsovo. The municipality has an area of 989.796 km2. The population of the area is about 3,700, which gives a population density of 4 inhabitants per square kilometer, compared to an average of 73.8 for Greece as a whole.

Zagori is an area of great natural beauty, with striking geology and two National Parks, one including the river Aoos and the Vikos Gorge, the other around Valia Kalda, to the east of the imposing snow-capped Mt Tymphe. The 46 villages of Zagori were interconnected by mountain roads and traditional arched stone bridges until modern roads were opened in the 1950s. The stone arched bridges were built by benefactions from expatriate merchants in the 18th century and replaced older wooden bridges.

Information about Lake of Plastiras and surrounding area

•   Plastiras Lake
Plastiras Lake is renowned for its beautiful landscape composed of the alpine peaks and fjord-like scenes.
The main focus of this All Day Plastiras Lake Photo Tour as a private tour, is to explore and photograph one of the most interesting and beautiful spots in Greece, near Meteora.
Plastiras Lake is 60km away from Meteora, only 1+ hours by car. Plastiras Lake also called Tavropos Reservoir. Is an artificial lake fed by Tavropos (Megdovas) river, located in Karditsa regional unit, near the city of Karditsa, Greece. The lake is named after the Greek general and politician Nikolaos Plastiras, who was the first to visualize the construction of an artificial lake in the area.
Creating the reservoir
After the Second World war, the idea was revived by Plastiras as he was proclaimed Prime Minister. The (then newly formed) Power Corporation adopted the project as part of their effort to electrify the country. An international contest was held in 1953 that was won by the French Omniun Lyonnais. The building of the dam started on December 14, 1955. On October 30, 1960 the dam was officially inaugurated, although the flooding may have started as early as the last months of 1959.

Tavropos Reservoir
Today the lake holds up to 400 million cubic meters of fresh water. It is used for irrigation and as a power source of a hydroelectric plant, but also as the main water source to the city of Karditsa. Due to its altitude (one of the highest in Europe) the Tavropos Reservoir is a popular tourist resort in Greece, as the formed landscape is quite unique.

•   Paleokarya Waterfall
We are also visiting the idyllic landscape of Paleokarya Waterfall and Pyli’s Stone Bridge . The stone bridge of Paleokarya with its 2 artificial waterfalls has been standing there since the 16th century. The bridge of Palaiokaryas connected the Region of Thessaly to the Region of Epirus. It is a stone arched bridge with a length of 26 meters. The 12 meters high waterfall behind the bridge creates a stunning image!

•   Stone Bridge of Pyli
Until 1936 this bridge was the only passage from Thessaly to Epirus, joining the mountains Itamos and Koziakas. It is the second largest arch bridge of Thessaly built in 1514 by St. Vissarion.
The opening of the arch is 29 meters approximately, the maximum height reaches the 13 meters, has a total length of 65.67 meters and a deck width of 2.10 meters. The bridge has been restored in 1968 and 1983.

•   Stone Bridge of Sarakina
Sarakina village is known for its famous stone bridge (14th c.). The Bridge served the transport from Pindos villages and Aspropotamos village to Sarakinaand surrounding villages.
The bridge connects Sarakina with isolated rock “Petra” in the north, down from which it is built the chapel of the Holy Apostles in 17th century with frescoes from various ages. Previously served to transport to the villages of Pindos and Epirous.
Today it replaced by a new bridge, which is 150 m near to the old bridge. The total length of the old bridge is 123 m. From the old bridge now saved four semicircular arches form. The bridge was built with the help of Saint Vissarion in 1520. It is the most remarkable and important art monument from our architectural heritage, in the prefecture of Trikala.

Private tours can be arranged on a date that suits you best. Contact us!

What is not included

Up to 4 persons, minimum 2 persons.

Tour is led by Christos the professional photographer and Konstantina ,Meteora locals, with discussions and tips on composition, different angles, technical aspects and everyday usage of your camera and some historical things about the area of Meteora.

For a Private Photo Tour or for group with more than 4 persons, contact with us!

Meteora Photo Tour allows for the eventuality that a customer may need to change or cancel an agreed service. Changing the date of a tour will incur no penalty, providing notification is received at least 60 days prior to the scheduled tour and providing other are dates available.
Otherwise, our cancellation policy applies.

• If you cancel at least 60 day(s) in advance of the scheduled departure, there is no cancellation fee.

• Cancelling between 59 and 30 day(s) in advance of the scheduled departure, there is a 50 percent cancellation fee.

• Should you cancel within 29 day(s) of the scheduled departure, there is a 100 percent cancellation fee

• No show: No refund

• Should Meteora Photo Tour need to cancel a tour, any payments will be fully refunded. 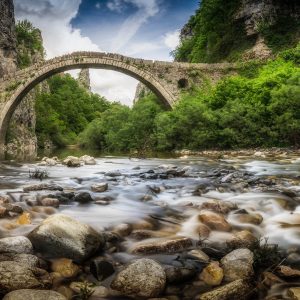 Zagori, a region and municipality in the Pindus mountains in Epirus, in northwestern Greece. One of the most alluring and scenic landscapes in Greece. 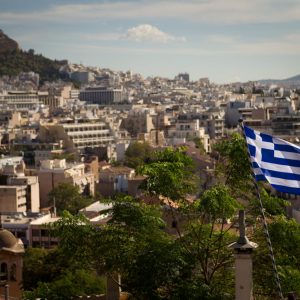 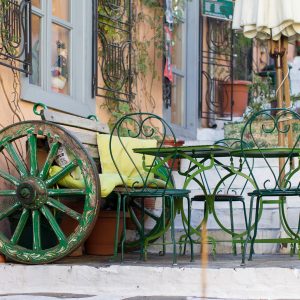 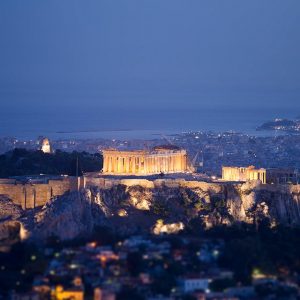 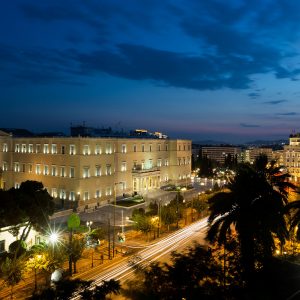 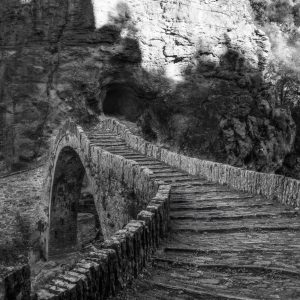 The focus of this Private 2 Day Meteora and Zagori Photo Tour is to explore and Photograph the Meteora rock formations in central Greece, the unknown surrounding areas that only locals know about, and Zagori , a region and municipality in the Pindus mountains in Epirus, in northwestern Greece. 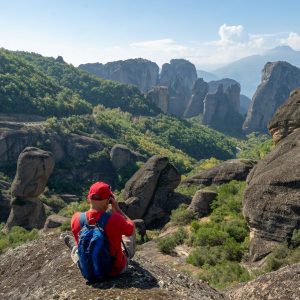 The vast network of trails in this area give us the ability to photograph from unique and unobstructed viewpoints. You will see the Monasteries and rocks suspended from different angles. We will take you through routes that only us locals know, giving you the advantage to take the best photos, while following the best light and exploring this majestic landscape.Private and person option available. 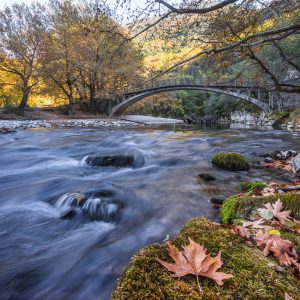 Zagori, a region and municipality in the Pindus mountains in Epirus, in northwestern Greece. One of the most alluring and scenic landscapes in Greece. The 2 day Zagori Photo Tour  is up 8 hour each day. Recommended for photographers , couples or families who want private photography tour.

Up to three participants with seven seater vehicle. 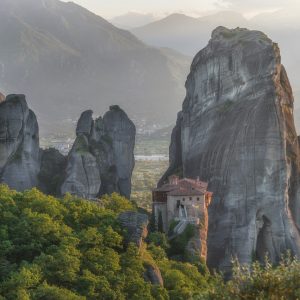 The focus of this All Day Private Photo Tour is to explore and photograph the Meteora rock formations and most notable areas of Meteora and unknown surrounding areas. As local photographers we will guide you to the best place as we give you tips on the most advantageous ways to get the best photos on your trip. 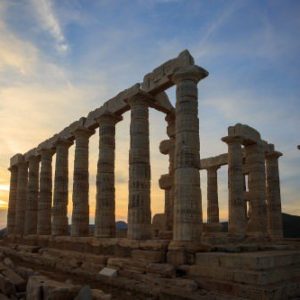 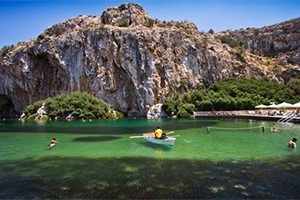 Suitable from Beginner to Pro Photographers, this is a great way to see the city from a different perspective and also learn something new! A private photo tour.
Choose to visit Acropolis of Athens or Temple of Poseidon at Sounio.